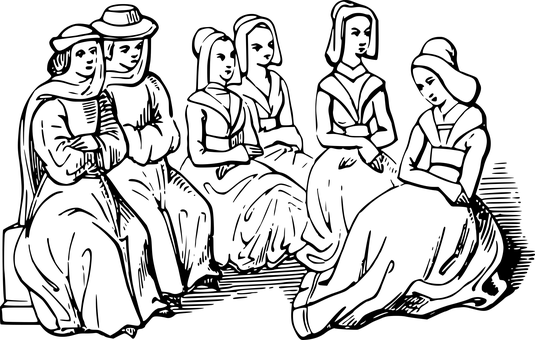 I ‘spect you ‘eard the rumours back then, but you can’t set too much store by Chinese whispers. I know exactly what ‘appened that day, since I was practically there. See, my mum used to chat with Sally, the fishmonger’s wife, when she went to get our lovely fresh cod of a Friday, and Cuthbert – her ‘usband – well, ‘e used to deliver fish, regular, to the Royal Kitchen. He got quite pally with the Royal Cook, Sally’s Cuthbert did. Oh yes, he moved with the cream of society, ‘er Cuthbert, what with goin’ round to all the best ‘ouses an’ mixin’ with all the best cooks in the realm, an’ all. He was a nice chap so they all made allowances for the smell. Anyroad*, the Royal Cook got the story from the kitchen maid who got it from the chambermaid, who got it from the horse’s mouth, so to speak. That’s right; the lady-in-waiting ‘erself, who was peaking round the door just after it ‘appened.

So, like I said, I was practically there at the time, and this is ‘ow it went:

The girl ‘ad been tossing and turning all night – couldn’t sleep a wink by all accounts. The palace was getting ready to celebrate since it looked like she’d passed the test, but now she was turning a nasty shade of green an’ ‘aving difficulty breathing. The king ‘appened by, and he saw it and summoned the lady-in waiting, who called for the chambermaid, who ran to find the courtier, who rushed for the physician.

The doctor examined the girl, then wrung ‘is ‘ands, like they does when the king looks at ’em, and mumbled something about balls.

“Speak up, man, and moderate your language, or I’ll order the guards to cut off your head,” cried the king. Just like that, an’ I wouldn’t put it past ‘im. I could tell you some tales would make your hair stand on end, but me lips is sealed.

The physician gathered up ‘is wits and spoke more clear. “Your majesty,” says ‘e, “there hhis no cure for this lady’s hhallergy. I fear the worst. If only Hhi had had been hhinformed, Hhi would have recommended a golf ball and a dozen extra mattresses instead.”

(Physicians is trained to talk proper, for all their funny ideas about leaches and blood-letting. They knows where the aitches is meant to go.)

Just then, the girl sits up like some knight ‘as stuck a red-hot lance up ‘er unmentionables, gives a scream, and collapses as if dead, poor dear. The worst of it was, when she fell back so sudden like, the pile of mattresses started wobbling, and before you know it, she’s rolled out of them and plummeted all the way to the floor like a bloomin’ bag o’ teddies*.

Oh, bless, don’t go upsetting yourself, dearie – I’m sure she didn’t feel nothin’, but like I was about to say, next thing,  all them mattresses got to slippin’ an’ slidin’, and before you know it, the floor’s plastered in ’em. By the time the dust settled, she was buried up to her neck – just lying there underneath those stuffed wodges of striped ticking, with only one pale arm sticking out like the dead end of an amputee party or what-all.

And what did they see but that little green pea, released from its feathery prison, rolling across the floor, like it didn’t have a care in the world. ‘Course, it was quickly absolved of that notion, since the dog – I forgot to tell you about the dog; there was a dog asleep in the corner of the room, an’ it’d managed to sleep through having a mattress land on its back, but it must have ‘eard the pea, makin’ its way across the royal rug, takin’ a straight line between two of them puffy mattresses. The daft dog musta thought it was a rabbit or what-have-you. It was up and on the pea like lightnin’. In a blink, the evidence o’ cause o’ death was down ‘is gullet.

So then the prince come ambling in, with that clipboard they made for him from the last o’ the gold what ‘is previous wife had woven out of straw. I’m talking about his second wife, mind. I ‘spect you ‘eard about the first one, who broke an old glass slipper, trying to prove that her feet were the same size as back when they first started courting. Turned out they wasn’t. She’d bled to death, which was a shame, ‘cos she was pretty, but ‘e married again.

The second marriage had started off awright, what with all them roomfuls of gold and all – bound to make you ‘appy, seems to me – but pretty soon it was all around the palace that his wife was ‘avin’ an affair with a short ugly bloke with a bad temper, who kept comin’ out with strange rhymes an’ wouldn’t tell anyone his name, and if you ask me,  I’d say the rumours was true; she weren’t no better than she shoulda been.

Well, that’s another story, and I’m not one to gossip, but it’s worth a mention since it was ‘cos of ‘er that they weren’t taking no chances this time. The next one ‘ad to be a proper princess – the thing they tried with the glass shoe ended in tears, and they didn’t want any more of that hobnobbing with commoners who makes ‘oles in the floorboards and disappears down ’em before you can cite them as just cause for divorce. See, it’s not like they wanted to behead her – they’d rather have done it the nice way, but beggars can’t be choosers.

Not that they was beggars; they was royals, but still.

Getting back to the prince; the shock of seeing the grisly scene before ‘im give ‘im a bit of a start and his bowler ‘at slid down over ‘is eyes. Did I mention the bowler? ‘E liked to wear it for official stuff like checkin’ for the authenticity of princesses – reckoned it gave ‘im an official air; professional like, along with ‘is important clipboard with its long checklist of names of all the virgins in the realm what claimed to be princesses – or was it all the princesses in the realm what claimed to be virgins?

None of us was sure, but no matter.

Regaining ‘is balance an’ dignity, ‘e slid the bowler back into place an’ stepped over to what he could see of the young woman. Kneeling down, ‘e reached toward her slender ‘and. By all accounts, it looked like a romantic what-‘ave-you, till ‘e pressed a finger to her wrist, where the pulse should ‘ave bin. He looked up at the doctor, ‘oo avoided his eyes, and then at his father, the king, ‘oo rewarded ‘im with a “you win some, you lose some’ kind of a shrug.

Smartly getting up from ‘is knees – princes is good at that kind of thing; standing and sitting and generally moving graceful like dancers, it’s their upbringing, you know – ‘e pulled a pencil from beneath his silk doublet, licked the end and neatly crossed ‘er name off the list.

*teddies: a regional name for potatoes. 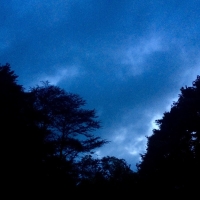 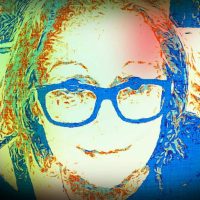 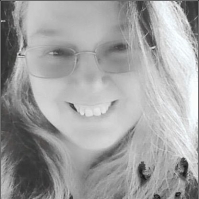 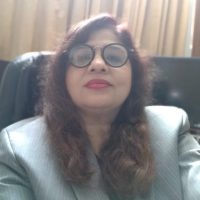