Their tears spill over my lids,
sting my eyes, drip down my skin.

Some families direct their rage at other victims,
laying blame, unable to comprehend that their children’s choices
were freely made.
I have been like them, and there are times when I wish
I hadn’t learnt my lessons so well;
that I could rise up and say, “it was him”;
anything to take my mind off the streets of pain, the losses
that gain in number every day —
but the perpetrator is faceless;
a brown powder with no individual markings
and no sentiency.

When I was a child, dessicated coconut was often sprinkled onto our school puddings. I thought it was the worst thing that had ever been invented; hate seemed an appropriate word to use in connection with it.

Now I direct my seething hate
at tiny packages that once cost thirty quid, but have since
dropped to twenty-five.

I want to shout obscenities at heroin;
to voice my hatred, to threaten the needle of death with annihilation,
to spit foam at the filth, as I scream: kill, kill…
but every time I get there too late, and with no weapons,
while passionless heroin builds up its armoury, boosting itself
with hidden fentanil,
another cold substance with no brain,
no wicked heart to whisper: death to the meek,
yet it enters the veins of pained seekers,
and fills up our graves.

We brave the rain to lean bouquets against
wet walls where grieving souls will weep
to see wilting petals push those they love
into history.

We walk away, wishing for white doves,
their beaks holding gifts of gentle serenity,
and helplessly, we say:
At least he is finally at peace.

Rest In Peace, Nathaniel – your friends will remember you as one of the best.

I was eleven years old when I first heard the following song. I was deeply affected by the horrific imagery. The words stayed with me, playing in my head when my best friend at college became addicted to heroin, and all through the years of my children’s addictions.

Some squeeze into lonely, ignoble deaths, leaving loved ones grieving, inconsolable, screaming the loss, their dreams stolen in that icy moment. No-one
will never see the greatness of who their beloved may have become, if they’d lived another day.

Old tears swim through fishes’ salty fins
to swill in the ocean of lesser loss,
while this monumental pain will always taste the same.

It makes no sense in heavy heads which rattle with the raddled question of where the connection may be, between

the child with smiling eyes, whose chubby fingers reached for the rising sun, the girl who laughed to see stars in the night-time sky; the boy who cried when the dog died,
and that cold pair of letters that nudge together: O.D.

O.D. Odd. Ode. Overdose. Too much of something, somewhere beneath the skin. The old hands now know that their first shot was an overdose. Too much of a drug that the body didn’t require, which twisted the mind into thinking the needle of death held the elixir of life.

Photos spill from pine tables in rose-garden homes, they pile upon worktops in slick city buildings. Suburban parents and council house tenants squint at pictures in search of their children, eyes stinging as they make believe there is a secret hidden behind their youthful skin that will bring them back to life again.

Weeping, they recall
the day he won the game,
the way she longed for fame.

They can’t escape the horrid thought that hammers in their brains:
“Was I to blame for the fall?”

“Another day and he may have gone straight,”
“another day and she may have been great,”
“They may have seen the light,”
they say, and they may be right,
but tomorrow came too late,
too often, it comes too late.

Some struggle with hope, and some recover to become great.
These are the lucky ones, for whom tomorrow was not too late,
but they have to be brave to break the chain
that binds the brain with links of lies;
their wills must be strong to beat the Devil at his evil game.

Those who win are grateful that the reaper waited
until it was too late to stake his claim.

Should you ever meet a recovered addict in the street,
know that it is an honour to be in his company.
In his weakest hour he has risen from his bed,
kicked away the painkilling killer
and writhing through sickness and agony of body and brain,
has beaten foul fiends the like of which you and I have never seen,
to come out cleaner than we may never be,
and to become much more than he may otherwise have been
even if he had always been clean. 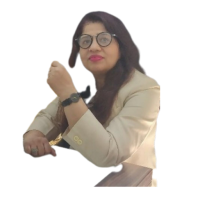 Trail Baboon
This, That, and the Other